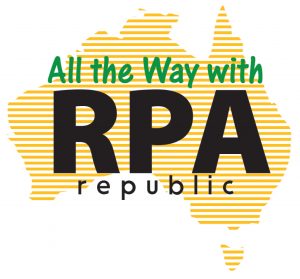 Australia is
OVERGOVERNED and UNDERPLANNED and UNDERMANAGED!
Position Paper by Peter Consandine!

Whether it be the Wanneroo Council on the Western Seaboard or the Wollongong Council on The Eastern Seaboard, Local/Municipal Government in Australia is a “plaything” of  State Governments and, writ large, is exposed to all manner of corruption whilst giving nourishment to unhealthy parochialism and nimbyism.

Whether it is the State of Western Australia or the State of New South Wales, the capital cities of Perth and Sydney, respectively, are too centralised and far too bureaucratic to be efficient enough to deliver appropriate professional public services Statewide. As a result, there are manifestly underfunded Local/Municipal Councils (some 670 of them) and there is wholesale duplication, waste of resources, non-economies of scale, non-uniform laws, serious cost shifting and blame shifting and third-rate governance practices in this country. ALL of this is made more complicated with the recent trends of the Federal government to muscle in on and compete with State Governments on service deliveries, processes and outcomes. Another factor is that instead of just one link with the Crown we have nine!

The Australian Federal System is creaking with OVERLOAD on a massive scale – from every perspective.

The Three Tier System of Federal plus State plus Local/Municipal/City Governments is a shambles and it is in dire need of an entire restructure.

Australia is OVERGOVERNED, UNDERPLANNED and UNDERMANAGED!

What needs to be done? For Starters: See Dot Point #3 of The RPA Manifesto 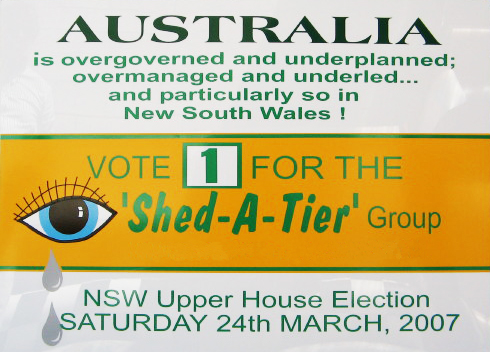 included in the Abstract, on page ii:

Importantly, there is an appropriate link to the Abstract on the University of Canberra website, as follows: